031 | Slowing Down and Being Aware with Dawn Baker 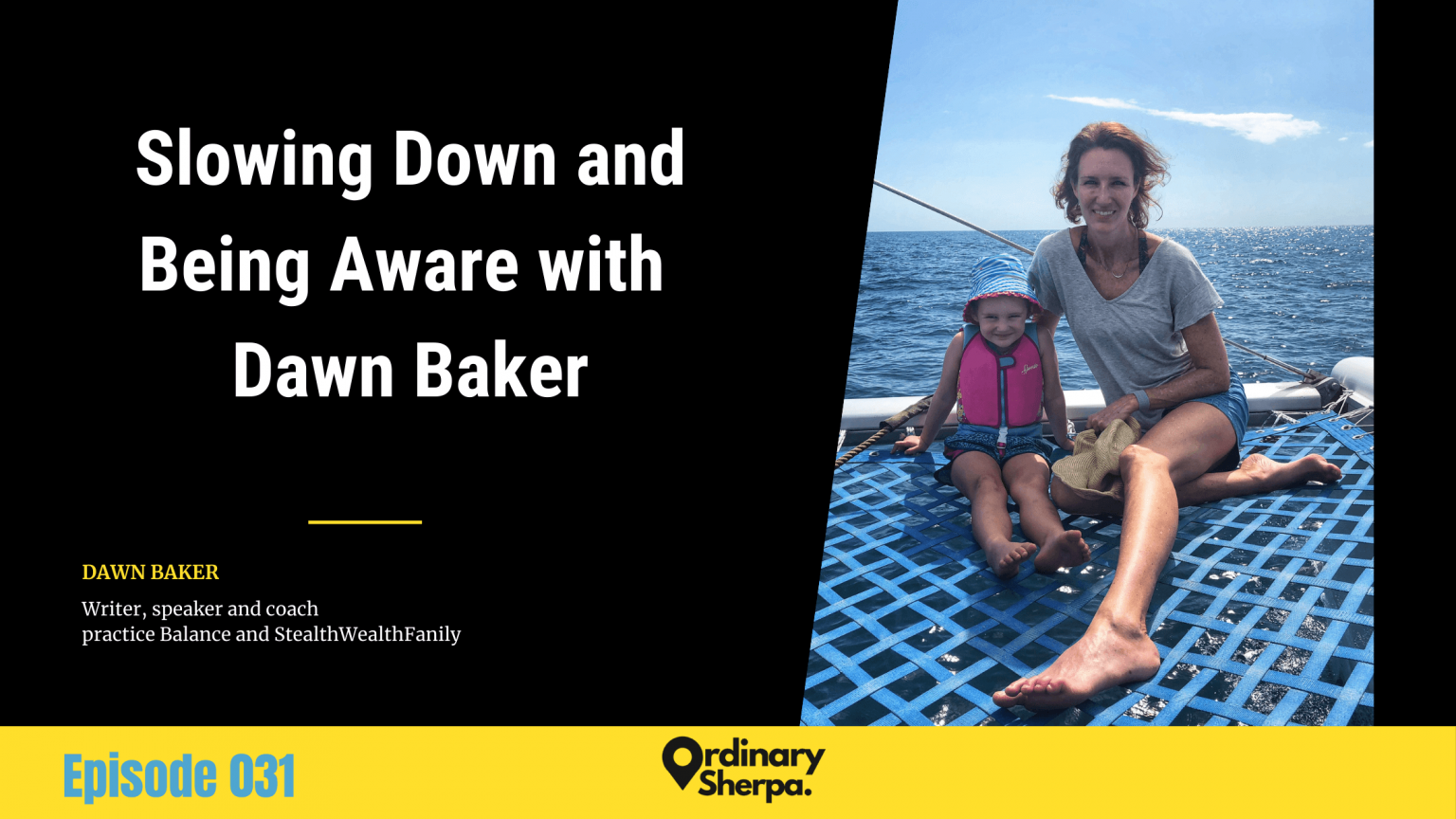 The Value Proposition of Self Awareness

Our guest first became interested in writing about wellness as a lover of language and outdoor athlete who experienced a major health crisis during residency training. Through her writing, coaching, and speaking, Dawn inspires others to develop their own individual practice of balance via self-knowledge and self-awareness. She has been featured on numerous podcasts such as The White Coat Investor and national syndicates such as KevinMD and Medpage Today. A board certified anesthesiologist, wife and mother, Dawn also enjoys travel, rock climbing, strength training, and yoga in addition to the simple pleasure of taking walks with her family. Dawn L. Baker MD, MS is the founder of PracticeBalance.

Subscribe to Ordinary Sherpa Email List
Leave a written review on Apple Podcasts
Join the Ordinary Sherpa Facebook Group
Buy me a Coffee
PrevPrevious030 | Spontaneous Dad Adventures with Ben Killoy
Next032 | How to Fly a family of 5 to Hawaii for under $500?Next